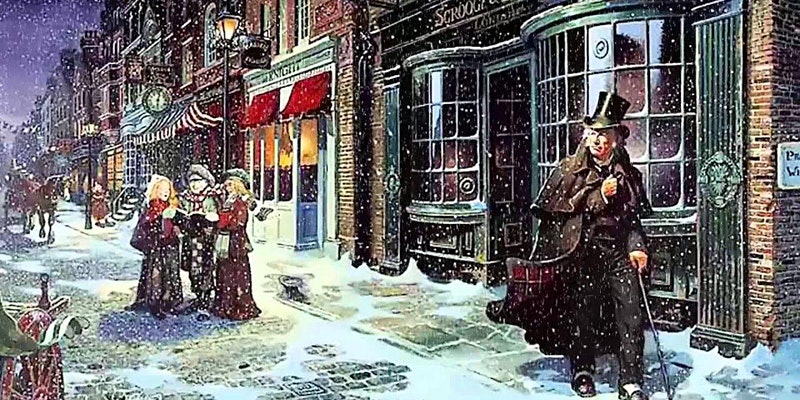 Join leading London historian Ed Glinert, author of Penguin’s Literary Guide to London, cruise ships speaker and one of the most prolific tour guides in the country, on this original festive Zoom tour-talk around the great author’s London haunts.

Ed Glinert writes: “I have devised this tour so that the public can share my enthusiasm for London’s greatest author, whose works I constantly read and whose sojourns around the capital I have detailed in various books, such as Penguin’s Literary Guide to London and Penguin’s London Compendium.

I am now running New London Walks to offer residents of and visitors to the world’s greatest city new and exciting insights into its remarkable history. In view of the current restrictions, I have devised this Zoom version of the walking tour we did last Boxing Day in which we explore Charles Dickens’s dillies and dallies around Bloomsbury, Covent Garden and Strand, starting at the site of the abominable Blacking Factory by the Thames where he worked as a child and ending at his Doughty Street repos, now the Dickens Museum. This format means we can cover so much more ground than possible on a normal walking tour…the schlep to Doughty Street would defeat even Sydney Carton wandering, stalking, drifting or creeping through the streets!

…and much much more

Ed Glinert, author of Penguin’s Literary Guide to London, leaves Scrooge to freeze with his humbug to lead this festive tour around Charles Dickens’s central London haunts, from Lincoln’s Inn (where at the very heart of the fog, sits the Lord High Chancellor) to Covent Garden and beyond.

How do I book?

This tour is available to book through Eventbrite